On starting out in UX: An interview with Stefanie Mühlbacher, UX Designer 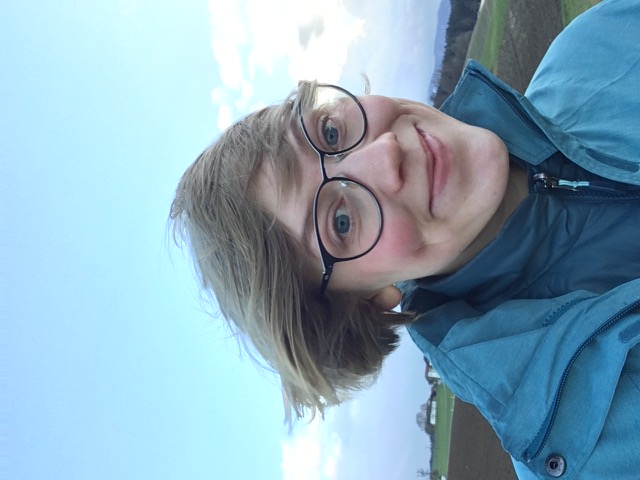 Last year, we partnered with Stefanie Mühlbacher to support the arso development collective  on user experience and testing for Sonar. Having recently graduated from a UX bootcamp program, we asked Stefanie to share her thoughts on the experience of working on this highly-technical project.

Sonar is an open source framework to manage, annotate, and full-text search through data, including media files. It uses peer-to-peer technology to replicate and share collections, and can be used to develop decentralized applications. Some use cases the arso team has explored include searchable and replicable media archives, research databases, blogs, archiving and searching chat logs.

The arso team consists of a handful of developers working together as a loose collective. Their work centers around preserving and exploring information and media.

The arso team reached out to Simply Secure for guidance on developing and testing relevant UX patterns. We expected that this might include patterns for key exchange, schema handling, multiwriter conflict resolution, or access management. Our shared goals were to work with actual and potential users on the refinement of UX patterns for P2P search and discovery.

This interview was edited for length and clarity.

Stefanie is a UX designer working - at the moment - for a startup in Munich. She lives on a farm and mostly works from home. Her passions include open-source software, ethical design and cows. Find her portfolio at stefaniemue.com.

Tell us a little bit about yourself – what led you to become a UX designer?

I have a background in product design, and kind of dabbled in UX during my studies. After graduation I struggled to find a job for almost a year, and joined a UX bootcamp to get some marketable skills. I liked it way more than I expected and really got into UX, how user-focused it is, and the creative methods its practitioners employ to tackle very complex problems.

When I was about two-thirds through bootcamp, I heard that friends of friends were working on an open source project, so I scraped together all my courage and asked if they needed a UX designer on their team. A couple of weeks later, I started working on the Sonar project. It was not my first collaboration after bootcamp (I had joined a social project as a UXer while still in bootcamp), but it was my first collaboration with developers and on a very tech-heavy project.

As one of your first projects after bootcamp, what do you feel you were well prepared for? And what resources do you wish you had?

During bootcamp, I practiced doing user research and felt quite confident preparing and conducting user interviews and usability tests. Analyzing research data and creating personas and user stories was also something I had learned recently, so I had some tools in my toolbox.

I looked up UX tools and methods from my bootcamp and applied them directly to the project. I also had help from Simply Secure: I got feedback from [former Simply Secure employee] Eileen and Kelsey on my research, analysis and prototyping, which was great. It was fantastic to have more experienced UX designers to talk to! The workshops we did with Simply Secure also helped to create mutual understanding and alignment in the team.

The collaboration with arso was also invaluable. They spent a lot of time explaining to me how Sonar works and what their plans and ideas were. Some also attended user interviews, or helped to write a survey.

What I really could have used were more resources on how developers and designers can work together successfully, especially in very small teams and without a dedicated project manager. Most of the resources I found were by and for people working in larger companies or in startups, and didn’t really fit our team constellation. Something that was also missing was more information on when to employ which UX methods and how to form a strategy. A lot of resources focus on the HOW instead of the WHY of UX methods.

What can you share about the experience of working on a project about decentralization? What sort of technical complexities did you face?

It was quite difficult for me to understand how Sonar works, and especially how things might work differently than I expected based on experiences with other software. Working with privacy-first software that was developed with little resources means that some features I imagined were just not possible, so I had to learn to work with those technical limitations.

Another challenge we faced was that it was quite hard to find people for the user interviews — we didn’t get a lot of responses to emails we sent out. But the people we did reach, once we built a rapport with them (or if they knew someone on the team), we had 2+ hour conversations with them! They were really enthusiastic about the project and super into helping with user testing. They all asked us to give them updates, joined our mailing list etc.

What would your recommendation be for UX designers working on highly technical projects?

Talk to the developers A LOT and don’t be afraid to ask “stupid” questions. Keep asking “why” and “how” until you are sure you understood everything. Take notes while talking to your devs. Some especially complex things you might only understand when you read through them later.

Last but not least, remember that saying about images being worth a thousand words? When in doubt, draw a diagram of your mental model of the software, how you think it works, and get the devs on your team to look at it with you and adjust it until it’s correct.

Is there anything else you’d like to share with new UX designers, technical teams, and/or the space at large?

When you get out of university or bootcamp, start working on real-world projects as quickly as you can. You will learn so much more than you could on your own. There are many projects, also in the open source community that need your skills.

Dare to involve UX designers into your work from the start!

The biggest challenge I faced working on Sonar was that I joined the project at the end, when most of the development work was already done. The team knew that UX could bring value to their project, but had zero experience working with UX designers. My biggest frustration was that I could not really work together with the team, because they were already moving on to another project.

When I was wrapping up my work on the project, I asked the arso team for feedback on the UX process and outcomes. I got the same response from everyone: “we should have done this sooner!” They all agreed that involving a UX designer from the start in a project would have made the whole development process easier, helping to create tasks for developers and making the software more usable and easier to understand. I was incredibly happy to hear this.

There are already many gifted developers in the open-source space, but we need more UX designers! And developers recognizing the value of UX design is already one step in that direction.

With support from the NLNet Foundation.

How to improve the UX of your documentation

A quick card sorting exercise to improve the information architecture of your documentation.

Designing alongside your users will make your tools respond best to their needs. We'll show you how to get instant input from your users. From our video series, Design Spots.

Design for Interoperability: Why Designers Should Pay Attention to the ACCESS Act

Interoperability can help people evade government repression, document human rights violations, and have agency over their data. We take a look at interoperability and a proposed US law that could help small projects be more successful and grow faster in a web controlled by a few large companies.