Colgan was a founding member of the Problem Solving Unit, which operated differently from the rest of Scotland Yard. Instead of solving crimes, they made it their duty to prevent them. Colgan didn't use dystopic tools to identify future criminals. Rather, his team borrowed techniques from cognitive science, marketing, urban planning, and other fields to consider the influence of environmental factors. It is this holistic approach - contemplating physical, technical, and social systems - that makes him a design thinker.

Colgan shared many stories about his 30 years with the police force, and a few of them were particularly relevant to the security crowd. Information security is about keeping unauthorized people from accessing sensitive content, so in a sense, infosec overlaps with law enforcement in its commitment to crime prevention. Instead of only taking a classic defensive-security stance, borrow from Colgan's Problem Solving Unit and find inspiration by thinking like a creative cop. Here are a few pieces of advice from Colgan's stories: 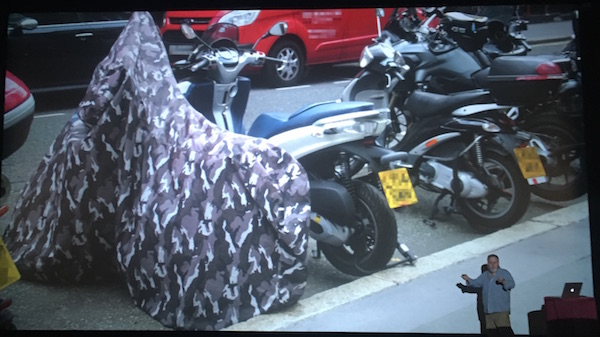 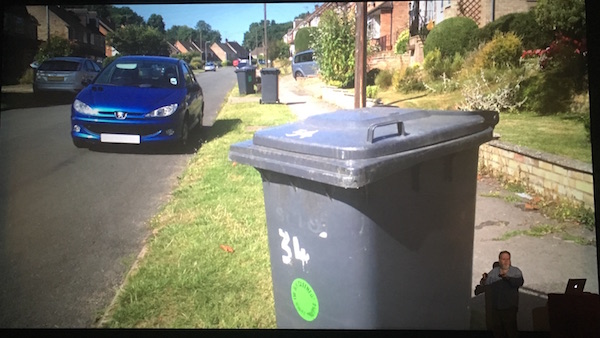 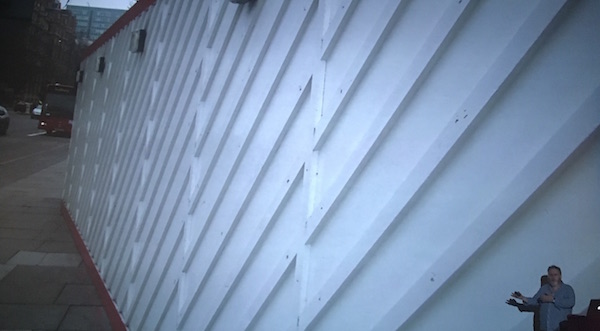 Colgan's stories of social engineering drew on observations of human behavior and environmental signals, and the Problem Solving Unit's successes and can be applied to infosec UX. Key takeaways include:

I was surprised to find a police officer at a design conference, but Colgan's stories demonstrate that a design mindset always has a place, and technical problems don't always need technical solutions. Colgan's solutions may have been in plain sight, but they were elegant. Instead of signaling a lack of originality, tactics like the "cancelled" stickers are markers of success.

Sometimes, the best adjustments are so trivial that we overlook or discount them. When crafting new technologies, what simple solutions have been sitting in front of you, waiting to be discovered?

This is the first in a series of posts pulled from a talk I gave at O’Reilly’s online conference Experience Design for Internet of Things (IoT) on “Lessons from Architecture School for IoT Security.” The talk is a call to action for designers and non-technical people to get involved — with us at Simply Secure or elsewhere — in the worthy problems of experience design for IoT security. I want to encourage more people to think about security and to outline some ways UX design can support privacy in IoT applications.

Security is a “Design in Tech” Trend